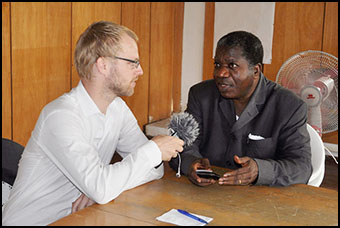 I am the Africa correspondent for Swiss Public Radio SRF, currently based in Nairobi, Kenya.

As a journalist I have been working for the newspaper Neue Zürcher Zeitung and Swiss Public Television SRF among others. My articles can also be found in Deutschlandfunk, DW-World, DER SPIEGEL, NZZ am Sonntag, Der Bund and Loop.

This website displays articles, videos, pictures and random stuff, starting from 2011/12 in West Africa and later on in East Africa.

I have been in media for more than 20 years. I once earned some money with screenwriting and being a comedian. And I was writing for a football blog.